One of the Richest Biological Zones in the Entire Eastern India 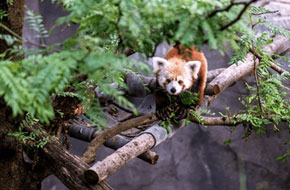 It is one of the most beautiful National Parks that is beautifully untouched and is an offbeat destination that is situated in the pristine forests area of North Bengal. It is situated in the Kalimpong district under the state of West Bengal. The park spreads over an area of about 89 sq.km and is of the richest biosphere reserves in the region. You will find here species like the Red Panda and also some unique Flora and Fauna which made it a UNESCO declared heritage site.

The lush green forest & valleys, bamboo groves, rhododendrons & mountain streams make it a paradise for adventure & nature lovers. The highest point of Neora Valley is about 10,500 ft. high. Neora Valley National Park is home to wide variety of flora & fauna. Bamboo, Sal, Oak, Ferns numerous species of Rhododendrons & orchids are the main available flora in the national park. Among the fauna one ca have musk deer, Himalayan black bear, clouded leopard, barking deer, wild boar, Himalayan flying squirrel, sambar etc. Other than these a wide variety of snakes, butterflies, bees, beetles, moths, bugs can also be largely seen here. It is a small world of its own.

One cannot miss out the Lava monastery when going to Lava. It is built on a four acre piece of land and is home to hundreds of monks who preach their beliefs there. The monastery is old, built in 1980s and architecturally beautiful. It looks Tibetan in style and has various prayer halls, lawns, sitting areas and a huge Buddha statue. The monastery is well maintained and pretty beautiful.

Situated at a distance of 4 km from Kolakham and 10 km from Lava, Changey Falls is a mesmerizing waterfall situated near Kolakham in Kalimpong district of West Bengal. It is one of the gorgeous waterfalls in Kalimpong region and among the best places to visit in Lava. Changey Falls is a small waterfall in the midst of hills and forests. Cascades down from a height of about 150 feet, the waterfall looks stunning with crystal clear water and thick green forest.

At an altitude of around 2,360 meters, Tiffin Dara viewpoint is famous for stunning sunrise & sunset. The view point offers 360 degree views of Kanchenjunga range, the blue mountains of Sikkim, Nathu-La and Jelep-La pass on a clear day. At a distance of 2 km from Rishop and 4 km from Lava, Tiffin Dara is a viewpoint situated at Rishop near Lava in Kalimpong district of West Bengal. It is one of the vantage points in Lava and among the most visited tourist spots in Lava.

In the Kalimpong Hills of northern West Bengal situated at an altitude of 2500 meters is a beautiful quaint village known as Rishyap. The breathtaking scenery, the cool breeze, the beautiful sunset and the romantic starry nights make Rishyap a very popular hill station among the people in the state. During the night one can just sit back and stare at the infiniteness of the starry sky and be mesmerized by the tranquility and magic of this hill station.