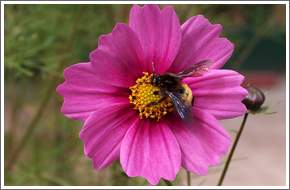 At an altitude of 1250m, Kalimpong’s location is ideal for a pleasant , relaxed getaway. Its clement weather has made Kalimpong’s orchids and gladiole well renowned.

Up to the early 1700s, the Kalimpong area was part of the Sikkim raja’s domain.In the early 18th century, the Bhutan king also took it over. In 1865, after the Anglo-Bhutan War , it was annexed to Darjeeling. Scottish Missionaries came here in the late 1800s. The town thrived as a wool trading center with Tibet till 1950s. Today it’s a quiet hill resort and a haven for retired people.

At an altitude of 1250m, Kalimpong’s location is ideal for a pleasant , relaxed getaway. Its clement weather has made Kalimpong’s orchids and gladiole well renowned.

Up to the early 1700s, the Kalimpong area was part of the Sikkim raja’s domain.In the early 18th century, the Bhutan king also took it over. In 1865, after the Anglo-Bhutan War , it was annexed to Darjeeling. Scottish Missionaries came here in the late 1800s. The town thrived as a wool trading center with Tibet till 1950s. Today it’s a quiet hill resort and a haven for retired people.

This monastery belongs to the Yellow Hat (Gelugpa) sect of Tibetan Buddhism. Founded in 1937, it is the repository of old scriptures and docments.

It was built in the mid-70s at Durpin Dara Hill and was consecrated by the Dalai Lama. The gompa is worth a visit for its impressive wall paintings in the prayer room, and a rare three-dimensional mandala upstairs. The mountain views are amazing from Durpin Dara Hill. Here the lofty mountain ridges stand, proud and imposing. 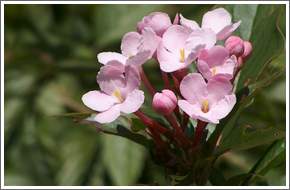 Kalimpong is famous for its flowers and nurseries. The region produces 80% of India’s gladioli and is a significant orchid-growing area. Entire hillsides are blaze with colour during the season.

At this institute silkworms are bred and silk is produced as well as herbs and plants. Locate on the road to Darjeeling, the institute can be visited between 9.30 am and 4 pm.

Dr Grahams Homes is a complex for orphans and other deprived children which was founded in 1900 on the lower slopes of Deolo Hill. The chapel above the school dates from 1925 and features beautiful stained-glass windows. Tourists can also visit the fine turn-of-the-century school building. From the school building, it is a further 40 minute walk to the summit of Deolo Hill, where there is a Tourist Bungalow and one can enjoy fine views of Kalimpong from here.

Located on Rinkingpong Road, this centre consists of a number of well-organized dioramas, which depict the effects of human activity on the environment. The centre is open to visitors from Friday to Wednesday from 10 am to 4 pm.

Lava, situated 30 km east of Kalimpong, is a small village with a Kagyupa gompa. A good time to pay a visit to this town is Tuesday, which happens to be market day. One can also see the summit of Kangchenjunga from Kaffer and is best viewed at sunrise. 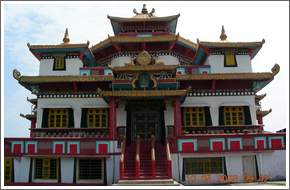 About 5 km from main town, Durpin Hill offers breathtaking view along the Chola range of Sikkim including the Jelepla pass. On the northwest horizon can be seen the panoramic Kanchenjunga range while on the southern horizon looms the Tiger Hill.

Situated in the heart of town, this institute produces and sells a wide variety of handicrafts including wall scrolls, masks, jewelry and other artifacts. It was founded in 1897 by Mrs. Catherine Graham with the objective to promote and propagate local handicrafts as well as provide employment opportunities to locals.

This monastery is of Bhutanese origin and built around 1692. It is the oldest in Kalimpong.The original structure was destroyed in the inter-clan wars before the British arrived.

The Catholic Church, the largest church in the Kalimpong area, is a revered religious attraction. The church, built during the British rule in 1890, is constructed under the supervision of the British architect Hardy from Edinburgh. This church was open to public for offering prayers in November 1891 after a religious consecration. The architectural style of the church is the one following the western style.

This church benefits the local Roman Catholic populace and has strong influence in the social and cultural activities of the region. The church attracts thousands of devotees all through the year.

Where Helena Roerich, A Russian herbologist and healer came to live with her son Yuri, the Director of the Uruswati. ResearchInstitute, in the year 1947 till her death on 5th April 1955. Helena was the wife of the celebrated Nicholas Roerich, the great Russian Artist, Philosopher and a writer. Helena wrote a number of books including Agni- Yoga. Her two sons Yuri and Suyatoslav Nikolayevich purchased some land on top of Durpin Hill and built a Stupa in the year 1970 in her memory. The Durpin Monastery next to the Stupa possesses copies of the published writings of Helena that were donated by the Agni-Yoga Society of New- York. Suyatoslav was married to Devika Rani, the first lady of silver screen and grand niece of Noble Laureate Rabindra Nath Tagore.

This imposing Gothic edific built on a hill is visible from many parts of Kalimpong town. The foundation stone was laid on 24th February 1890 by of Melrose. The church opened its door for public worship on 1st November 1891. The church is built in the memory of Reverend William Macforlane.

This temple is constructed in the memory of late Guru Shree Mangal Dasji and dedicated to Lord Krishna. Devotees, specially of Pranami Dharma from far away places come to this mandir for prayer and darshan. Services – Orphanage, School, Hospital and Publication of Literature.

Rated as the best and ultimate site in the kalimpong area, it is situated at the height of 8250 ft. About 10 kms away from lava and 28 kms away from Kalimpong. Jeepable roads reach until the last four Km(Up Hill), however electricity has not reached here giving it a medieval sort of charm. The local sherpas and Lepchas have built small cottage type tourist accommodation here. The Department of Tourism, DGHC is keenly promoting this area as a tourist destination. A magnificent view of Himalayas can be seen from here along with a view of the Nathula Pass, Tin Simana, Gangtok and Tibet Hills.

Weekly Markets in Kalimpong which are open on Wednesdays and Saturdays are good places for the Soveigner hunter. Kalimpong offers and wide range of traditional handicrafts to the traveler. Wood carvings, embroidered items bags and purses with Tapestry work, copper ware, scrolls, Tibetan Jewellery and arte facts things that can be picked up from shops and markets across the town.

Pedong Monastery, located at a distance of 20 km east of Kalimpong, is a monastery of Buddhist origin. Built by Bhutan's king in 1837, this monastery is located only a kilometre away from the historical Bhutanese fort of Damsang. This fort was an important landmark of the entire area before the town of Kalimpong came into existence. A large number of old paintings are displayed in this monastery. 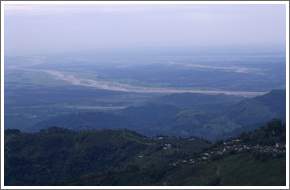 Situated at an altitude of 1458 mts (4860ft.), Kurseong is 51 km from Siliguri and 30 km from Darjeeling. The word Kurseong means – the place of White Orchid. Because of its lower elevation, Kurseong enjoys milder and very healthy climate throughout the year. Kurseong is home to the costliest teas in the world. World famous Castleton, Ambotia and Makaibari tea gardens produce the most delicate aromas of all black teas known to mankind.

It is the peace, serenity and the healthy climate that attracted many a great person to this place. Some of the famous poems and songs of Guru Rabindranath Tagore were composed in Kurseong. The magic painter, Abanindranath Tagore and great composer Atul Prasad Sen got inspiration for some of their famous works around Kurseong. Sister Nivedita, the great disciple of Swami Vivekananda made Kurseong her home. It is learnt that Mark Twain spent some time in Kurseong in 1885, Fazlul Haque the Prime Minister of undivided Bengal also stayed here. Netaji Subash Chandra Bose was interned by the colonial government for a couple of months in 1936 in a house at Giddapahar near Kurseong.

Beautiful Point in Kurseong town to watch the panoramic view of Siliguri plains and hills. During summer season, in the evening, one can sit at the place and watch the evening lights of Siliguri town.

Netaji Subhas Chandra Bose Museum and N S C Bose Institute of Asiatic Studies, hosted in the house of his elder brother, Sarat Chandra Bose, are situated at the Giddhapahar Area. Netaji was interned in this house by the British Govt. in the late thirties. The house now displays photocopies of the exchange of letters between Netaji and his would be wife, Ms. Emilie, many rare photographs of his Indian National Army (INA), other memorabilia of the Indian Freedom Movement and a few personal belongings of Netaji and the Bose Family.

A walk or ride through the forest of Cryptomaria Japonica on the road, now called Aranya Sarani, leads to the vast open meadows at Chimney. The curious name of the place is reminiscent of the days, when there was a Bungalow here on the only road (Old Military Road) leading to Darjeeling. A long, dilapidated chimney, standing all alone, is the only remnant of the bungalow now.

Kurseong is home to the costliest teas in the world. World famous Castleton, Ambotia and Makaibari tea gardens produce the most delicate aromas of all black teas known to mankind.

Teas grown on the misty heights of Darjeeling, popularly known as the ‘Champagne of Tea’ are famous world over for their exquisite taste. The premium Darjeeling teas are mild in character and have distinctive natural fruity flavors. The different steps in Tea manufacture can be seen in the factories of the tea estates at Kurseong. 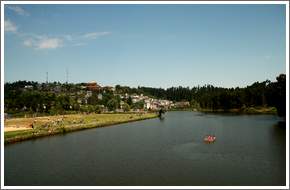 Mirik-a nest in the hills is West Bengal’s one of the hill resort at an altitude of 1767 metres with its own special charms – 49 km. From Darjeeling and 52 km. From Siliguri. 1.25 km. Long lake is fed by perennial streams. A floating fountain in the middle of the lake is a joy for ever and very often you may find the glory of Kanchenjungha reflected in the lake waters. A rich forest with thousands of Cryptomaria-Japanica trees clothe the slopes on the west. A 3.5 km. zig-zag footwalk takes you along the lake – a sleek foot bridge connects the garden on the east with the woods on the west. Alone or in company, you are sure to enjoy a boat-ride in the lake. 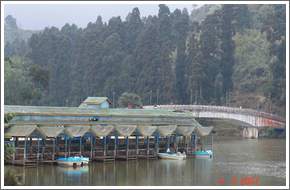 The beautiful 1.25 km. long lake is the most attractive spot of the Mirik Tourism Project. The depth of the lake water varies from a minimum of 3 ft. to maximum of 26 ft. The walks on the 3.5 km. long promenade around the lake is a fascinating one. The 80 ft. long arch-type overbridge across the lake is a wonderful engineering skill of the project. Arrangements of fishing in the lake is to be implemented soon. Boating facility is also available in the lake.

For fabulous view of the plains as well as mountains. Beautiful view of sunrise and sunset can also be seen.

An ideal picnic spot. It is the source of drinking water to the residents of the Mirik Tea Estates.

There are eight tea gardens in Mirik area. Thurbo T.E., one of the best tea-estates, is only 2 kms. from the lake. The factory may be visited with the permission of the manager.

About two kilometers from Mirik, situated on the spur, one can seen beautiful orange orchards. Mirik is the largest supplier of orange in West Bengal. One can also have glimpse of the village life of hill areas.

Cardamom groves can be seen any where near the marshy land.

The famous Hindu-temples "Singha Devi Mandir" on the western bank of the lake.