With interesting culture and heritage that needs a deeper insight

Sikkim - Perched in the lap of the Eastern Himalayas, bounded by some of the highest mountain peaks, amidst spectacular terrain, pristine lakes, luxuriant forests, roaring rivers and gentle streams, SIKKIM is a veritable paradise and a destination for all seasons.

Formerly a kingdom, since 1975 it has been a tiny land -locked province to India. Seventy percent of the landscape is still untouched by the modern civilization.

Highlighting a visit to Sikkim are the stunning monasteries which form an integral part of Sikkim: it is here that Gods mix with the mortals. Built in the Tibetan Buddhist tradition (Nyingma and Kargyu sects), set amidst thick forests and on isolated hilltops, these monasteries are host to a number of festivals, which are singular experience in pomp and pageantry. 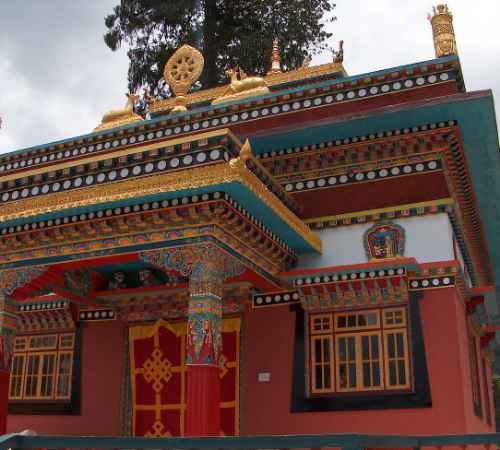 Assistance at the airport/railway station on arrival and drive to Gangtok.

At an altitude of 1750m, Gangtok became the state capital in the mid 19th century and has undergone rapid development since then. The downtown